Swipe Town is a startup from Dublin, Ireland, which through its tool helps influencers to monetize the content created for their audience, facilitating the negotiation of space through advertisements on social networks.

We were responsible for creating the brand and the landing page used for the presentation and sale of the product. With the brand and identity that we created, Swipe Town now communicate in a modern, updated, and fun way, creating a connection between the product and its audience.

creating a brand that
communicates with your audience

The three bases of the symbol represent the data, with the middle one representing greater the gain generated by using the tool. The general composition of the logo symbol also remembers the streets and buildings, referring to the name Swipe Town, illustrating what would be a large urban center, updated and with the presence of many people.

The use of gradients in shades such as yellow and orange aimed to communicate the intensity, comparable to fire, of movement and popularity, a reality that is quite common among digital influencers.

Complementing the use of colors, the use of rounded serif fonts also seeks to communicate in a more modern way, also considering that the public is formed by young adults. 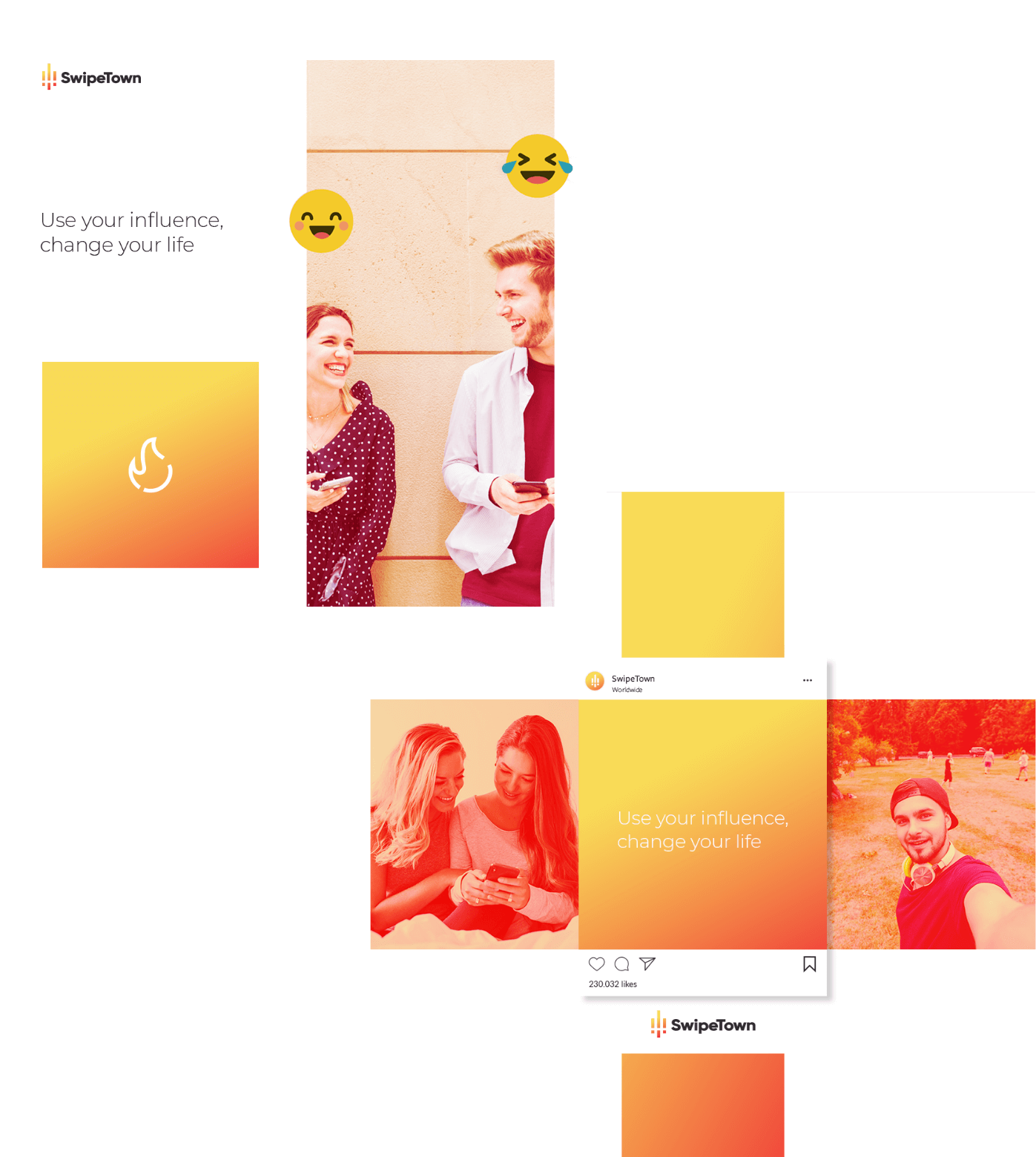 As an extension of brand communication, the Landing Page optimized for conversion seeks to collect information from interested people and also to clearly explain the advantages and operation of the SwipeTown tool. The structure of elements and the placement of content on the page encourages the user to nourish himself with information before to submit your information and show interest. Following the good practices of Landing Pages, there are no external links that take the user's focus away from the page, and several CTAs have been placed across the entire length of the page in order to instigate the user to take actions as they view the content.

We'll be happy to help bring your idea to life.

oi@duckstudio.design54 9 9926 9196
Rua Madre Verônica 250, Sala 403. Gramado - RS
Thank you! Your submission has been received!
Oops! Something went wrong while submitting the form.

Check out some works
from our portfolio

In our portfolio we have branding projects and interfaces (UX/UI) for companies of different niches and sizes. Working with a wide variety of projects that add to our experiences. Check out some projects that we have highlighted on our website below.

Creation of the complete brand, from visual identity to positioning model for the stand next to the Igreja Matriz in Canela RS.

Creation of the website for one of the most classic dance schools in São Paulo, seeking to enhance the entire personality and history of the place.

Redesign of the website of Mapa do Imóvel, one of the most innovative real estate companies in Gramado, focusing on improving the usability and design of the interface.

Creation of name, brand and visual identity for a 3D printing startup incubated within the FCC industry.